Sigh, if only I made that much. I’d upgrade from this godforsaken rat cage to a 3-unit rat house with bending tubes and a hammock. Shoot, I’d even throw in a climbing rope and a hamster wheel. But forget those rat wannabes, they creep me out. Hey, a rat can dream can’t he?

Where was I again? Right, Cathrin Manning…

So, in this report, I’m going to break down how she built her multi-6-figure YouTube business and how we Small YouTubers can do the same. Let’s dive in.

It took Cathrin over a year and a half to hit 1,000 subscribers, which is pretty slow compared to some of her peers. But hey, I’m not one to talk. I’m going five years strong over here and still haven’t hit a hundred subs. *cries*

From January to March 2020, she experienced a big dip to 384K, but then immediately smashed through her previous all-time high to 1.2 million views. Sheesh, talk about a roller coaster ride.

Lucky for us, she documented much of her journey and spilled all her secrets so we don’t have to do much guesswork as to how she grew her channel. I’ve got to be honest, there’s something about her. Don’t be fooled by that happy-go-lucky personality. It could be all a front.  You don’t mess with gingers.

But I know y’all are still curious, so here are Cathrin’s top 5 tips for going from 0 to 400K subs:

Alright guys, let’s wrap this up. Here’s how much YouTube money Cathrin Manning is swimming in these days.

My owner’s about to clean my cage (why does he even bother?  It annoys me).

I can already smell the vinegar, yuck.

Gotta jump into my ball for a few minutes.  Hope you and your family are well. 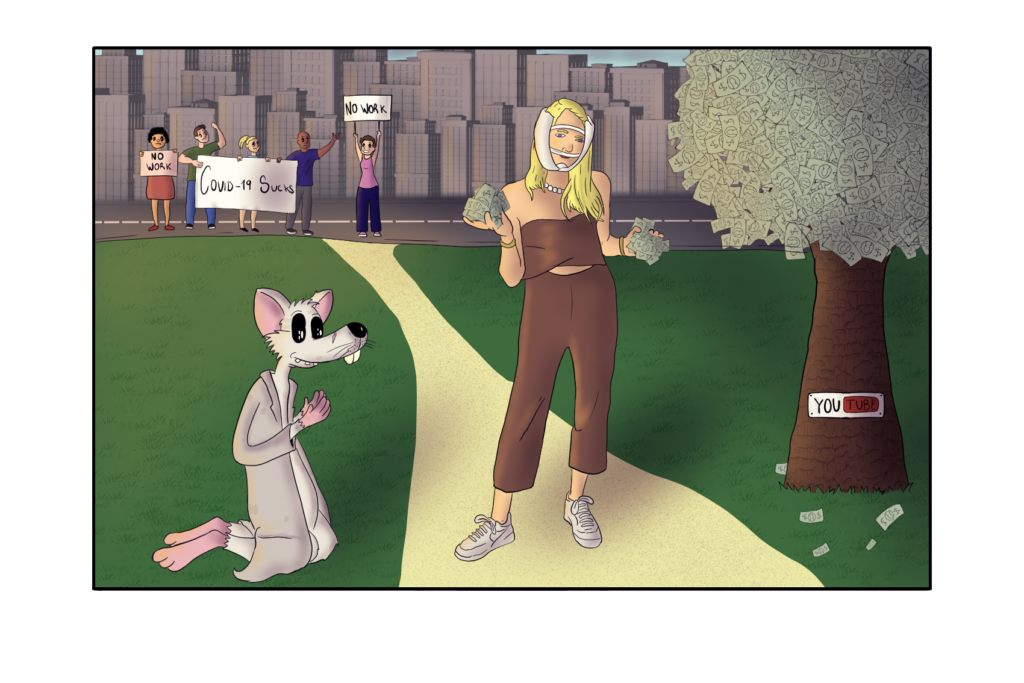